It was formerly part of the Ford Magic Skyway attraction at the 1964 New York World's Fair.

It is based on the Rite of Spring segment of the 1940 Disney animated feature film Fantasia.

In Disneyland, it comes immediately after the Grand Canyon between the Tomorrowland and Main Street stations. In Tokyo Disneyland, it is located in a mining shaft behind Big Thunder Mountain Railroad, heralded by a Triceratops skeleton at the entrance to the tunnel.

At the Primeval World, guests see a number of dinosaurs in a supposed natural habitat after traveling back in time.

Dinosaurs and other Prehistoric Animals

The Primeval World diorama was originally constructed by Disney for the 1964 New York World's Fair as part of the Ford Magic Skyway attraction, where it was viewed from a Ford Mustang and was narrated by Walt Disney himself. The attractions It's a Small World, Great Moments with Mr. Lincoln, and the Carousel of Progress were also constructed for the same Fair and transferred to the park after the closing of the Fair in 1965. 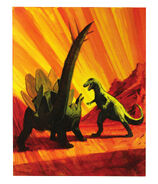 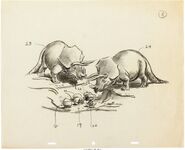 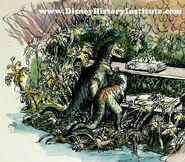 Megalosaurus and Plateosaurus (skeleton only)

Tyrannosaurus Rex and Stegosaurus
Add a photo to this gallery 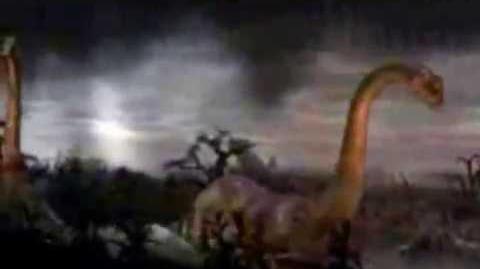 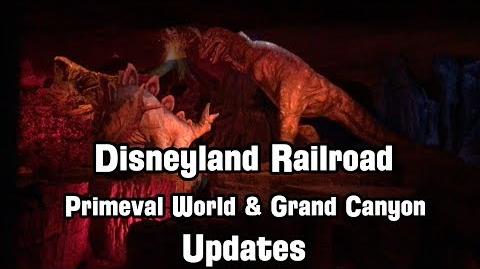 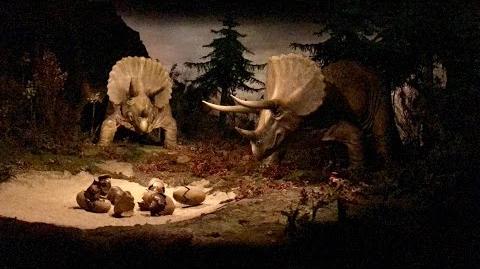 Tokyo Disneyland - Primeval World
Add a photo to this gallery

Retrieved from "https://dino.wikia.org/wiki/Primeval_World?oldid=34796"
Community content is available under CC-BY-SA unless otherwise noted.