The museum has over 570,000 catalogued reptiles from around the world. The National Collection of Amphibians and Reptiles has increased 300 percent since 1970 to over 570,000 specimen records in 2008.[52] The Hall of Dinosaurs has fossilized skeletons and cast models, including Tyrannosaurus Rex cast facing a Triceratops cast. The Triceratops exhibit shows the first accurate dinosaur skeleton in virtual motion, achieved through the use of scanning and digital technology."[53][54] The collection consists of 46 "complete and important specimens" of dinosaurs.[55]

In June 2013, the Smithsonian obtained a 50-year lease on a T. rex fossil skeleton owned by the United States Army Corps of Engineers. It is the first T. rex skeleton to be displayed at the museum, which until now has only had the cast of a skull. The specimen, known as the "Wankel" or "Devil" rex,[57] was found on Corps-owned land in the Charles M. Russell National Wildlife Refuge in Montana in 1988. It has since been on display at the Museum of the Rockies in Bozeman, Montana (which helped excavate the fossil).[58] The "Wankel rex" (whose skeleton is 85 percent complete)[59] was to be unveiled at the Museum of Natural History on National Fossil Day, October 16, 2013, and was supposed to be on display until the dinosaur hall exhibit closes for renovation in the spring of 2014. The 35-foot (11 m) long skeleton will be the centerpiece of the dinosaur hall when it re-opens in 2019.[58] The Museum of the Rockies (which did not own the skeleton but was the repository for it) has about a dozen T. rex specimens, including one which is 80 percent complete. Only about six museums in the United States have a T. rex skeleton. The Museum of the Rockies is a Smithsonian affiliate museum, and had long promised to find a T. rex for the Smithsonian to display.[59]

Due to the 2013 federal government shutdown, the fossil did not arrive in Washington, D.C. Smithsonian officials said it remained in storage in Montana, and would not arrive at the Smithsonian until late spring 2014. Packed up in 16 crates, the T. rex, named “Nation’s T. rex” by the Smithsonian, traveled from the Museum of the Rockies and arrived at the National Museum of Natural History on April 15, 2014.[60] The T. rex has been displayed in the Rex Room, while specialists performed a conservation assessment and the Smithsonian Digitization Program scanned each bone, to create a 3-D model for research.[61] The Nation’s T. rex will be the centerpiece of the new fossil hall, opening in 2019. 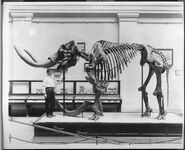 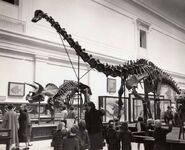 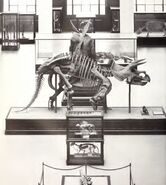 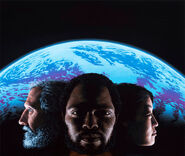 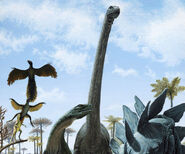 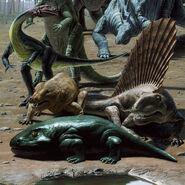 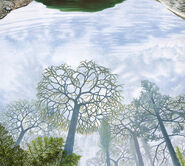 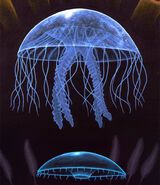 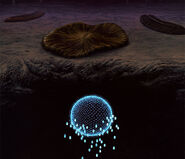 Add a photo to this gallery
Retrieved from "https://dino.wikia.org/wiki/National_Museum_of_Natural_History?oldid=35755"
Community content is available under CC-BY-SA unless otherwise noted.